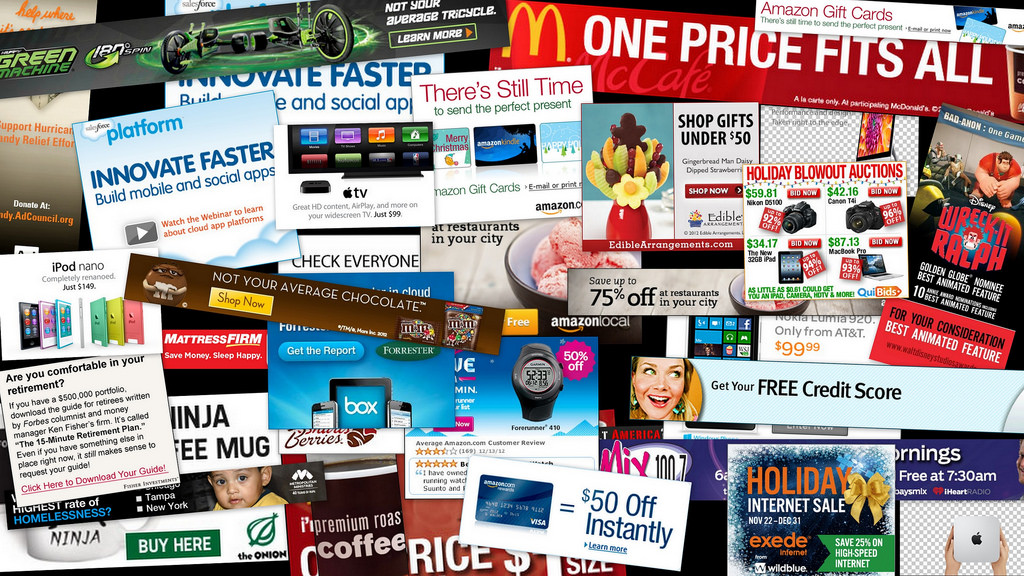 Ad Blocker, Digital Ads & the Future of the Internet

The Invasion of Digital Advertising

In 2015, the television series South Park targeted and hilariously lampooned online advertising in a three episode arc that acted as that season’s finale. In the show, online advertising like sponsored content, pop-ups, clickbait ads, and hidden hyperlinks have become so prolific that the ads have developed their own form of artificial intelligence to anticipate the needs and wants of consumers.

It’s like I’m in a black void… Trying to reach the news story- pic.twitter.com/UV1ZUCXTRD

Then, it is revealed the advertisements have even taken on human form, to the extent that residents of South Park can no longer tell the difference between humans and ads. If you haven’t seen these episodes, they are definitely worth the watch (viewer discretion advised).

While online advertising in the real world has a long way to go before display ads, Facebook ads, and sponsored Instagram posts hide in plain sight among us, anyone with access to a smart phone or a desktop computer can attest to the ridiculous amount of advertising we are subjected to on a daily basis in the digital realm.

For many consumers, there is an easy solution to the incessant advertising attack: ad blockers.

The Rise of Ad Block: Is Digital Advertising Worth It?

According to research done by PageFair, 11% of the global internet population uses ad blockers to clean up their internet experience, which means over 615 million devices have browser extensions or some sort of software to block ads. In December 2016, there were 52 million devices capable of blocking ads in the United States alone.

For marketers, advertisers, and online publishers, ad block is a growing problem. As more people discover ad block for their mobile and desktop devices, the efficacy of digital advertising, especially online display ads, has the potential to suffer significant losses. 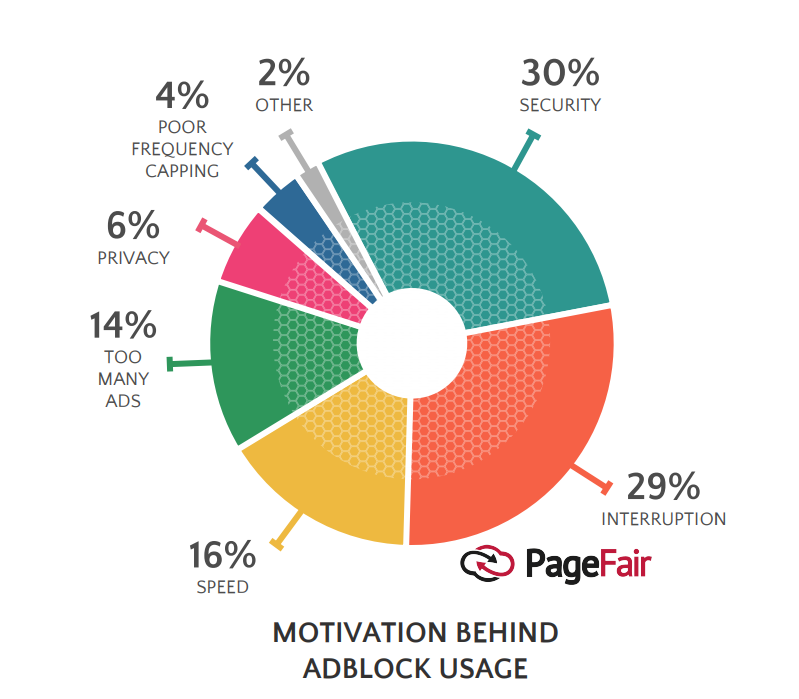 Of course, it makes sense that consumers would jump on the chance to remove ads from their internet experience. Though, the problem isn’t necessarily with the ads themselves, but how they are delivered. Ads are disruptive, cause concern for viruses and malware, slow down page load times, and appear en masse, crowding out the content people actually want to see.

One of the most popular ad blockers on the internet is Adblock Plus, a free browser extension that blocks ads and disables tracking services. This extension has been downloaded over 500 million times and offers a solution to companies who earn money from ads displayed on their sites.

They call it the “Acceptable Ads” program. Sites with ads meeting specific criteria for placement, size, and distinction are whitelisted, and the publisher must split ad revenue with Adblock Plus to keep their spot on the list. This feature continues to halt the rest of the intrusive, annoying ads, but if you want, you can turn it off and browse the web 100% ad free.

That is unless you head to a website like Forbes or Business Insider; they have discovered a new tactic to combat ad blockers. Prominent publishers like these assault their visitors with relentless pop-ups (called ad block walls) that are coded into their site, so not technically an ad, begging – and sometimes requiring – that you disable your ad block extension on their site. Once you disable the extension, the ads reappear and you gain access to the content you desperately want to read.

Unfortunately for the majority of online publishers, their content is not exclusive and people can just find a similar article somewhere else. According to PageFair, 74% of users who have encountered an ad block wall leave that page, rather than disabling their ad block extension.

With all of these factors in play, is display still a viable advertising medium? Some argue that thanks to ad blockers and shady bot traffic, display advertising is dead. Others argue that the introduction of Google Chrome’s new built-in ad blocker that leaves regular banner ads intact will push independent ad blockers out of the picture, restoring the display advertising status quo. It’s doubtful that Adblock Plus, a project over ten years in the making, will go down without a fight, and the number of people using this extension only continues to grow. 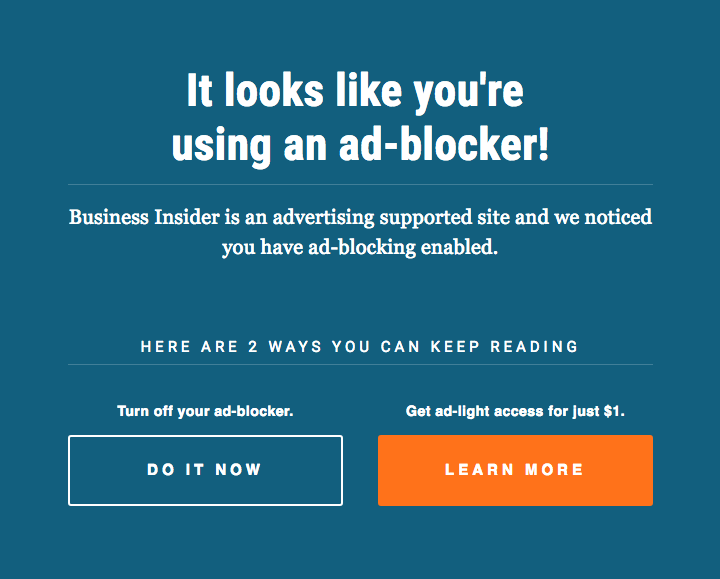 Is display advertising worth the effort? There really is no solid ‘yes’ or ‘no’ answer to the question. It depends on the types of ads you are running, the consumers you are targeting, and the websites you want your ads to appear on. Collect demographic data, analyze your key metrics, and make decisions from there; it may or may not be worth the money for your business or your clients’ businesses.

It is important to note that in the United States, ad blockers are much more prevalent on desktops than mobile devices. Americans seem not to care about ads when browsing the web on the go.

So, where does this leave us? What is the future of display advertising? Consumers, advertisers, publishers, and ad blockers are headed into a dangerous cycle. What’s next in a world where U.S. internet advertising spend is expected to increase from $46 billion in 2016 to $82 billion in 2019 and many consumers are no longer looking at these ads?

What’s Next for Online Display Advertising?

According to TechCrunch, Google’s new ad blocker will actually be more of a quality filter. Instead of removing advertisements entirely, it will focus more on removing harmful, intrusive, and annoying ads.

The future of display advertising seems to be heading towards a world with fewer ads that are more relevant and interesting to the individual consumer.

A few years down the road, we should expect ads to “hyper-target” consumers based on increasingly personal demographics.

We already have the ability to place ads in front of consumers based on their internet history, gender, age, interests, and device preferences, but imagine a world where ads are tailored to our habits and emotions. For example, if you recently posted on Facebook that you were having a bad day, watch out for ice cream advertisements.

Eventually, ads will be so carefully disguised that a well-trained eye will be needed to tell the difference between sponsored and original content.

Maybe one day when you’re moving into your new house, a neighbor will come over and start raving about how awesome their new lawn mower is… and like the citizens of South Park, you’ll just have to wonder.

Why Buying Followers is a Waste of Time and Money